Paris, France is an amazing place. I had a wonderful opportunity to meet up with my Dad, Aunt and brother there last weekend. Left Milan on Friday afternoon after spending the morning walking around the main shopping area – buying nothing, then catching a RyanAir cheap flight to Paris.

RyanAir is quiet interesting and it is definitely a no frills airline. A reference number and passport is all you need when you arrive at the airport. Seats are first come first serve and food and drinks are on a cash basis (expensive)(so eat before you board). The plane smelled of baby piss and old sweat and was chocker block full with happy Italian travellers going to France. All this for only 35 Euros. The airhostess could have used a bath and some strong smelling deodorant, but otherwise was friendly enough.

Just before boarding the plan I realised that I did not know (could not remember) one word of French apart from “we”. I SMSed Julian asking him if “mercy buckets” was hello or goodbye or was it “we”? I got it half right “merci” is thank you and “we” is yes. A bit later I got another SMS asking which airport I was arriving at. I couldn’t remember. Was it Butthead and Beavis airport, no, I didn’t have a ticket to look at, ah wait I wrote it down somewhere – something like Beavis – “Beauvias airport” – well maybe not.

I got there in the end (midnight) and met up with smiling faces on the Champs Eileese near the Arc de Triomphe. I knew I was definitely in Paris as the first smell I got was dog poo. I was sharing a room with Julian and we managed to fit it a couple of beers before going to bed just after 3am.

Walking around Paris you feels so relaxed and comfortable. It is as though I’d been there many times before. The streets are well marked and you can wonder around all day. I see now why it is called the city of love and will definitely have to take Margot there soon.

We wondered around past the George V Four Seasons Hotel (the hotel where Princess Diana was staying before her death) and decided to go inside to experience some 5-star treatment. Very posh! With a price list to match. The cheapest room; the Superior Room was only 710 Euros; we decided that we should stay next time in the Bridal Suit at a mere 3950 Euros a day as the Royal Suit at 9500 Euros a day was a little out of our budget. All these prices exclude the continental breakfast, 35 Euros, obviously! (For the Rand value just add a 0 or to be exactly right x by 9.89 (at time of publish)) 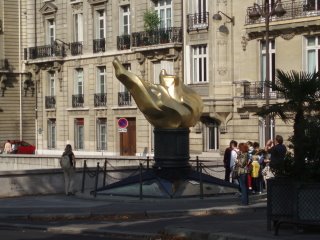 We kept on walking and eventually ended up at the Louvre. After posing for photographs we decided that it would be great to go in and see the Mona Lisa, with her enigmatic smile that has become world famous. When would we be here again? On route the Mona Lisa we passed masses of famous religious art. I could hear people oohing and aahing at the various religious paintings “Oh look Bob, there’s Magdelane and John the Baptist or is it the christening on the mount?” all said with a long drawl. Not being really interested in religious art or Catholicism (for that matter) I hurried past and was eventually standing under the Mona Lisa along with a couple of hundred other people. I had been told that it was a small painting and not very impressive, but in fact it is quite amazing and well worth the visit. The posters you see of her really do not do the artist, Leonardo da Vinci, justice. Her eyes follow you around the room and the smile is genuine and not just a smirk. Not bad for a 500 year old bird. It is behind a thick piece of glass with security watching your every move. No pictures allowed obviously although this did not stop the thongs of visitors from trying to take them and then being shouted at by the French officers. 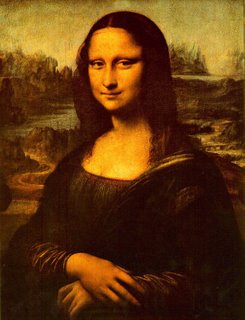 Phew! It was a long day and now it was time for Julian and I to head off for some other sort of culture – beer and a good chat and skinner. Unfortunately I faded early, around 3am, Julian only staggered in at 7 and did not make breakfast. The rest of us headed for the Pompidou Centre where they have clowns and fun acts happening on Sundays. 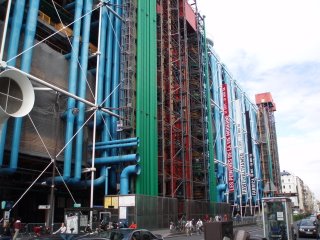 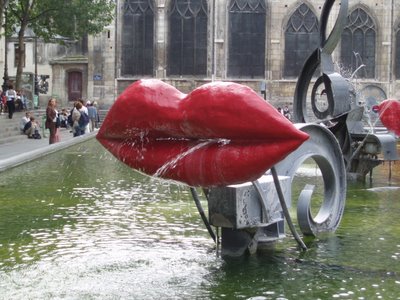 I remember coming here as a young boy, maybe twelve, and being amazed by the juggling and fire blowing acts. This is an extremely modern (and quiet famous) building right in the middle of restored historical buildings of old Paris. Named after the French president Georges Pompidou (1911-1974) who was instrumental in ending the conflict in Algeria between French forces and nationalist guerrillas. Not many clowns or juggling so Julian (who had caught up with us by this stage) and I left the rest of the group in search of our own, slightly faster paced, adventure.

We walked miles and miles taking in Notre-dame, the river Seine, the Paris fashion week exhibitions, the Eiffel Tower, a building covered in grass and ferns, some indoor market, the Picasso museum (closed), the Arc de Triomphe, the chocolate shoe and then rushed back to the bar just outside the hotel to catch the end of happy hour, only to find out that it was closed on Sundays. 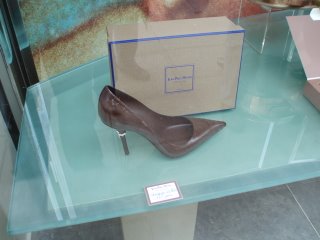 You know the joke about the man who jumps of the bridge in Paris. He’s in Seine. Ha Ha.

Climbing the Eiffel Tower was fun, although we only went about 1/2 way. We walked it, up and down, fighting vertigo, gravity and the tourist crowds. Looking down on the whole of Paris below you is amazing. It is huge and spreads out for miles. 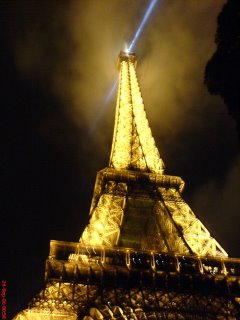 The Eiffel Tower was built in 1889 and stands 300m tall and has had about eleven coats of paint in its lifetime. Alexandre Eiffel, the French engineer, who designed and built the tower, was also the architect for the inner structure of the Statue of Liberty (useless information – use with care).

Before we new it the weekend was over. Monday morning had us all frantically packing and leaving for our connecting flights or in Julian’s case a train. It was really good to meet up for this weekend. Seeing my Dad, Julian (brother – in case you did not work that one out by now), Astri (aunty) and other friends brought home how important family and friends are in ones life. 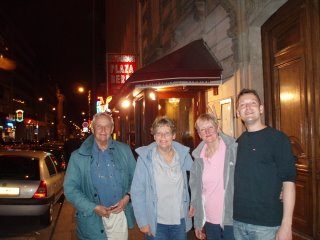